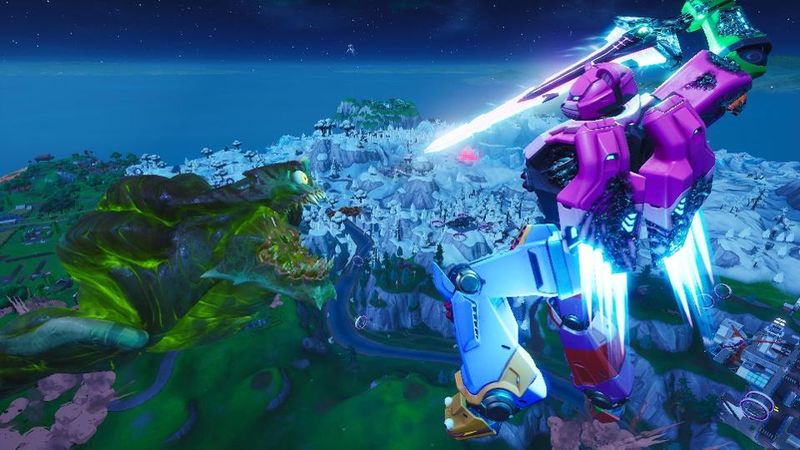 4.1
As most folks familiar with the game Fortnite can tell you, there's a huge difference in skill level between the upper echelon and the poor souls just starting out despite the colorful cartoon-like facade, and pitting the two against each other never goes well. Thankfully, Fortnite has revealed that not only is the game going to update how it handles its matchmaking, potentially provided a much smoother learning curve for players, but it will also introduces Bots to the popular Battle Royale mode in an upcoming patch.

"In the v10.40 update, we’re introducing improved matchmaking logic to Battle Royale core modes to create fairer matches," Epic Games shared today in a quick news update. "What does this mean? You will be more likely to match with players of similar skill, and as you get better, so should your opponents. We will slowly roll this out to all regions across Battle Royale core modes as we test and monitor how it performs."

What exactly that'll look like remains anyone's guess, and if things get too out of control, there will almost certainly be further changes as the situation is monitored. Given that this sounds like a fairly major change to matchmaking, it's likely that there will be an adjustment period before the new normal settles in.

Read more about it here: https://t.co/HTlVQ8XovT


As for the Bots, players can expect them to start showing up in the next Season. The official plan is for these to work in conjunction with the new matchmaking system, putting lots of Bots in games with lower-skilled players and increasingly fewer in games featuring players of a higher skill level. Additionally, Bots will not feature at all in Competitive playlists.

Fortnite is becoming so boring now.

Fortnite is boring, not fun.

Yes!! Let's add bots to fortnite, this will easily revive the game... 10/10 thinking lmao, I can't even believe they will actually add bots this is sad.

They are ruining their game