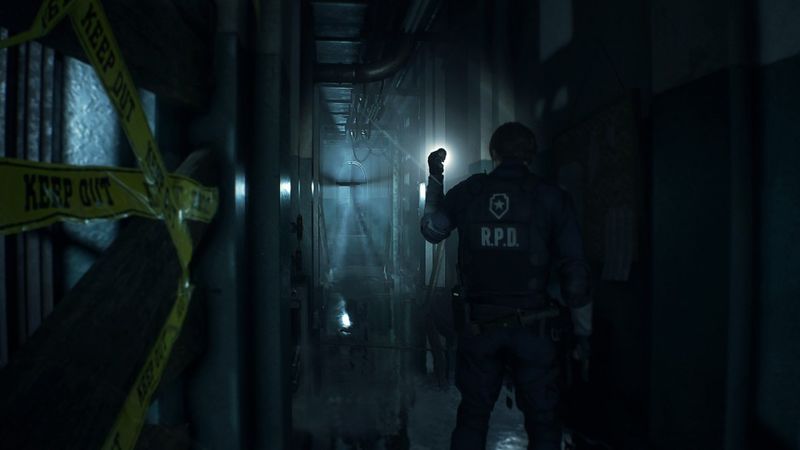 4.5
While the project still seems to be in the early stages, it appears that Netflix might be eyeing a TV adaptation of Resident Evil.

With the highly-anticipated Resident Evil 2 just about to hit on consoles and PC around the world tomorrow, all eyes are on the franchise as it returns a beloved classic to a new generation of audiences, but it appears that more may be in the works for the franchise in another form through Netflix.

In a report from Deadline, details emerged that Netflix appears to be in development on a Resident Evil TV series based on the long-running game series from Capcom, which will apparently be produced as a Netflix Original Series.

While exact details on the series are still scarce at the moment, Deadline‘s report includes that the series will apparently be produced by Constantin Film, which was the German production company that was behind the Resident Evil movies. At the moment, Netflix appears to be searching for a showrunner for the series to begin shaping its creative vision.

While the project appears to be in the very early stages of development at this point in time, the interest from Netflix to produce a Resident Evil TV series wouldn’t feel like too far of a stretch given that the network has brought over several other projects into television projects and series through the series. So far, that has included the acclaimed Castlevania animated series, while upcoming video game TV adaptations that it has in the works include an upcoming Devil May Cry animated series and the live-action TV adaptation of The Witcher starring Henry Cavill.

At this point in time, we’ll have to wait to hear more from Netflix in an official capacity on the project as it develops, but the prospects of a Resident Evil TV series should be exciting to fans on the horizon of Resident Evil 2‘s release.

If they make this series it will be a hit tv show, I really hope this true.

I've seen multiple articles on this now. Hope and pray they just go by the game and just a boat load of zombies getting headshotted for killcams. I can't wait.

If they can do this right, it will make a killing. People that don't play video games or know what resident evil is would watch.

Please don't ruin this. If this was made right, it would be amazing!

:/ sorta feels there just dragging this out for everything they can get at this point..

So cool. Hope to see Leon in the new show.

Hopefully it is good, please don't let it be some garbage show that makes people cringe.

that would legit be amazing, hopefully they get the right cast

F******k yessssssss, this is something I hope they don't ruin.