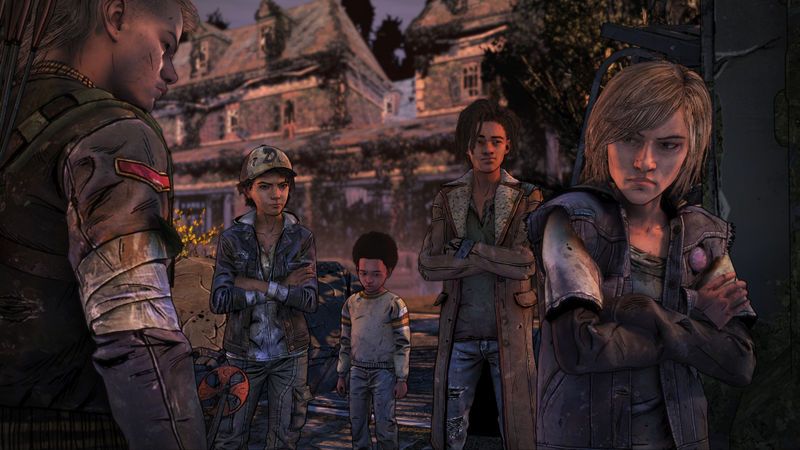 4
While not promising anything, Skybound Games inquired fans on Twitter what they would want to see in a hypothetical new Walking Dead game.

The Walking Dead is a media franchise that Skybound Entertainment will allow to shamble on for years to come, and the company’s game division appears to be seeking some new ideas. The official The Walking Dead Twitter account opened up a discussion asking fans what they might want to see, and Skybound Games hinted that more games are to come.

This tweet frames the inquiry as a “super hypothetical question” to fans:

Super hypothetical question #TWDFamily - what kind of #WalkingDead video game would you love to see get made? Asking for a friend 🤔 pic.twitter.com/0TniE7K1ZJ

A quick scroll through fan responses will reveal that for the most part, people just want a fifth season of the narrative game that the shuttered Telltale Games began. Skybound Games jumped in to clarify that they were seeking fresher ideas:

The zombie-based media franchise hasn’t had too much of a significant presence in video games beside the Telltale game. One infamous entry was The Walking Dead: Survival Instinct, a prequel first-person shooter by Terminal Reality set in the TV show canon rather than that of the comic books, which Telltale’s game is a part of.

Late in 2018 came Overkill’s The Walking Dead, which was developed by Overkill Software of Payday fame. While the game wasn’t a critical disaster like Survival Instinct, the co-operative shooter received a mixed reception at best. For reference, here’s our own quite lukewarm review of the game.

Several fans in the tweet’s replies have suggested some sort of open-world survival game—in my mind, such a project could resemble something like Dying Light. For the most part, however, many fans are stating their craving for another narrative-driven title.

This wouldn't be a good idea, seems interesting but I think I'd easily get lost.

Imaging buying series to a game in 2019. I played the first Ep of that crap and got threw off. Personally all TWD games have been terrible. We need a TWD game based on the actual book or series with those characters. Even a free roam version would be good.

A game that follows the actually storyline from the comics with its twists like the show.. or maybe no twists they've tried doing separate stuff yeah Teltales worked but just look at skybounds last game.... wont even be releasing on console anymore. would rather someone else do it because skybound really don't know what there doing lol