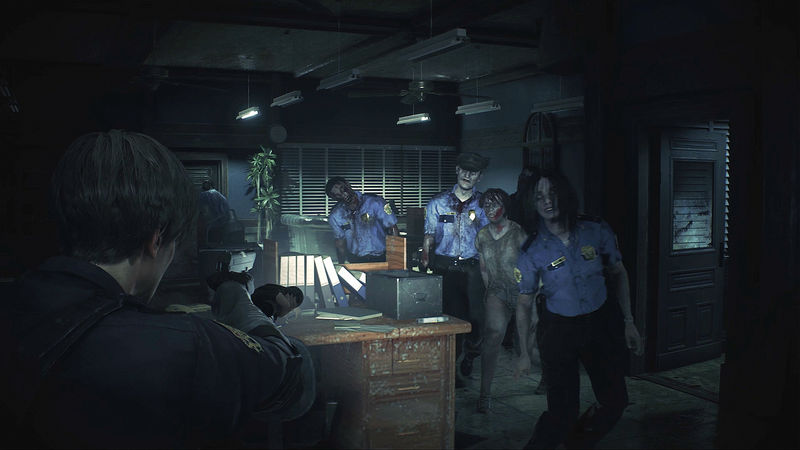 4.3
If you were worried about Resident Evil 2 Remake padding itself with some extra content to justify its existence and $60 price-point, good news, it isn't doing that.

As you may know, each character's playthrough in Resident Evil 2 was about five hours. And so to see both playthroughs and every piece of content the game had, you had to put about 10 hours into the survival-horror classic. And despite a little bit of new content added to the remake, it will also take this long again, director Kazunori Kadoi confirmed at a recent special event for the game held in Dubai.

As you will know, each playthrough isn't entirely unique. There is overlap in terms of stories and certain sequences. In other words it's not quite 10 hours of all new content, but it's close. And in a day where every game takes an increasingly insane amount of time to beat, it's nice knowing that Capcom resisted padding out the game with extra content to get that hour count up.

That said, I know many gamers care quite a bit about short hour counts, and will wait to pick a game up on sale if it's too short. So, perhaps it would have been wise to throw in some extra content to make the game longer. But then it really wouldn't be a remake, would it? I don't know. To me, Capcom made the right call.

And when you consider how long modern horror games are, 10 hours isn't very bad at all, in fact, it's pretty standard, as horror games tend to be on the shorter side.

I think a good horror game lends itself to be beaten in one sitting. Unless it's really, really story heavy, there's probably no reason for it to be over 5-7 hours. But again, these are just my opinions.

Resident Evil 2 is poised to release on January 25 via the PlayStation 4, Xbox One, and PC. At the moment of publishing, there's been no word of a Nintendo Switch port.

10 hours aren't bad at all, I don't want it to be easy and quick because then you'd get bored of the game pretty fast.

Let's be honest, even at 10 hours it's going to take the majority of players a few days or weeks to beat, I sure as hell cant play that game for even 3 hours straight

Isn't bad at all considering RE7 took 1hr 57m on madhouse mode.