Dying Light 2 Is Not A Game About Zombies, Says Techland 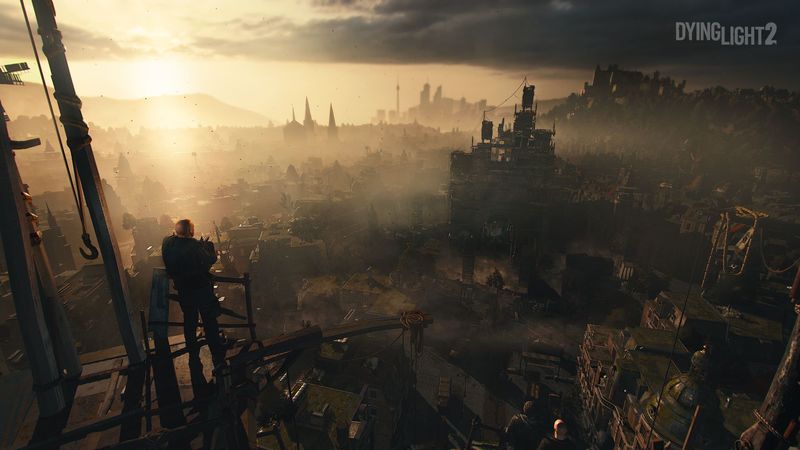 3.8
When Dying Light 2 was announced back at E3 earlier this year, Techland surprisingly chose to put all the focus of their announcement on narrative and choice and consequence mechanics. Spearheaded by legendary writer Chris Avellone, Dying Light 2 is looking to build on everything that made its predecessor great, while greatly expanding its ambition in ways that the latter never could.

The focus on narrative has largely increased in the upcoming title indeed, so much so that developers Techland aren’t even thinking of it as a zombie game anymore. Instead, they’re thinking of it as more of a narrative that is shaped by the choices that the players make themselves along every step of the way.

“[One of the] most important features of the game is the narrative sandbox and the power of choice; choices and consequences,” Lead Game Designer Tymon Smektała said while speaking with AusGamers. “And as you play the game you’ll face many difficult dilemmas and the choices you make through gameplay or through story will change or transform the world around you. We created this non-linear narrative.”

He then went on to speak about the game’s setting itself, and how Techland are developing it in a way to set it apart from other similar settings- while during nighttime, the undead are out in full force, during daytime, the focus is squarely on other aspects of play entirely.

“I don’t think it is a zombie game,” said Smektała. “We have developed, we have designed, we have come up with the idea that the day is for the living and the night is for the Infected. So during the day you will note that encounters with the zombies don’t happen as often as in the first game. Usually they hide inside buildings and other dark places.”

“First of all, this allowed us to build a part of the city where you really get to encounter humans,” he continued. “You get to work with them; see how they would behave in a situation like this. You know, it’s an extreme situation: technology is gone, civilisation is gone… we didn’t have as many dynamic encounters [with humans in the first game]. So the day is for the humans, but the night is for the infected and this creates a lot of gameplay opportunity.”

"Dying Light 2 Is Not A Game About Zombies, Says Techland" :: Login/Create an Account :: 9 comments

I can't wait for the story, the first game blew me away and when it's DLC came out it did yet again. Can't wait too see what tech land has in store with this game.

Well it kinda is but okay. Want to play this game though.

I can't wait for this game, the first one is one of my favorite games of all time.

I was thinking the same. If it's about different things doesn't that make it a different game lmao?

Never played the first one but from what I heard, it's pretty much about zombies lol.

Game is clearly about Zombies, they better not ruin this game.

Dying light was a good game to play both solo and co-op because the zombies made it fun. Especially roaming with a friend in the dark. Saying it's not really a zombie game makes me not want it tbh.