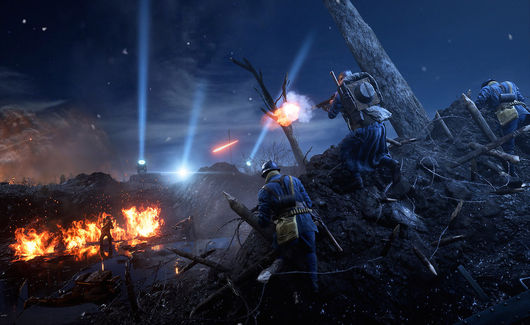 4
A new patch for Battlefield 1‘s Community Test Environment fixes a number of technical issues, with a few balance changes thrown in for good measure.

Most of the changes made to the game are bug fixes, but a number of adjustments tweak operational game features for general quality-of-life improvements. One improvement change to vehicles has all parts become fixed once the vehicle is fully repaired- certain vehicles could previously be at full health with damaged parts- and another change stops victims of melee takedowns from dealing damage to their attacker while on the way to their death.

The CTE update’s patch notes can be found below.

Developer comment: This affects match-making. The desire is to instead only revert to the waiting state if the operation is in preround (which happens when a new map begins and the player count has dropped to less than what is required to exit pre-round) and the player counts drops once again under 75%.

EG6 Glad to see them addressing coming issues. First Battlefield I've enjoyed since 4. Skipped Hardline as I just had no interest in it at all.

You said it man, I'm glad they're doing all these things to keep the game in good standing.

These are some minor improvements but hey I'll take it.

So glad, the game felt a lot more fixed with the fixes on the May update, stoked for the game to get better and better.

This is a huge update, this is awesome.

Glad to see them addressing coming issues. First Battlefield I've enjoyed since 4. Skipped Hardline as I just had no interest in it at all.

The new direction they are taking is nice, premium sharing, and a few of the other fixes ETC.

I like what they've been doing lately with their updates like scraps trade in, map voting and the speed up between matches. Keep it up.