Xbox Scorpio Teased In Three New Videos Ahead of E3 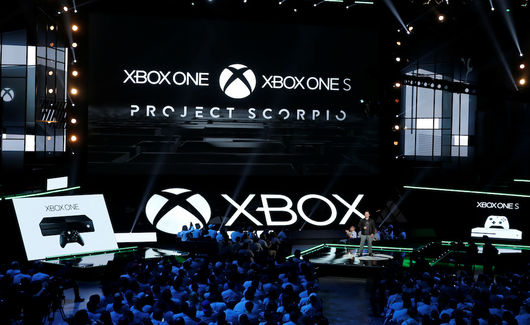 4.1
This E3, Microsoft will finally end its year long teasing, and reveal the Xbox Scorpio properly at last. And ahead of the reveal, which comes on Sunday, during Microsoft’s presser, the company is getting some last mileage out of teasing the Scorpio to ardent Xbox fans.

The Xbox One Scorpio is the enhanced Xbox One that Microsoft is releasing worldwide this Holiday season. It will be the most powerful console ever made when it launches, albeit it will still retain full inter-compatibility with the existing Xbox One and Xbox One S, too. Stay tuned to GamingBolt for more Scorpio coverage.

Such a great video this console is absolutely stunning.

Interesting reveals, of course it's just gonna feel like they are releasing technology thats been released for a couple years now but still excited to see the console however.

I just want the announcement. I am literally so excited.

hopefully its at a decent price

Feel like the ad relates to drugs a bit to much.

So stoked for this console, I really hope it gets us a new golden age of gaming, not saying I hate Xbox One, but I feel the games could be more so I can't wait to see what game devs will come up with.