E3 2016: Xbox One S is more powerful than the regular Xbox One 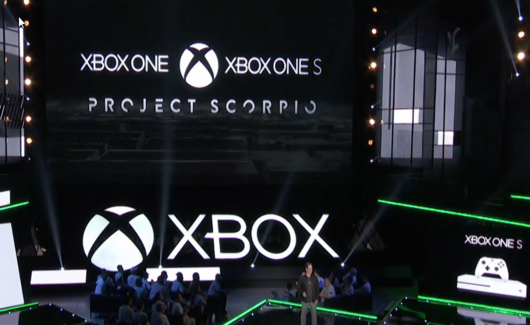 4.8
During its E3 2016 show yesterday, Microsoft revealed the slim Xbox One, model S, to the world. The new console is 40 percent smaller than the original Xbox One, and has an internal power supply.

Although Microsoft confirmed the console supports 4K media playback and boasts a UHD Blu-ray player, no one expected it to actually play regular Xbox One games better. Head of The Coalition, Rod Fergusson, Gears of War 4 developers told Polygon the game will actually benefit from some of the increased power.

This additional power, according to Fergusson, comes in the form of increased GPU and CPU “raw” power.

Gears of War 4 dynamically scales the resolution in both single-player and multiplayer, to maintain the frame-rate targets for each. According to Fergusson, the team was able to utilise the extra power in the Xbox One S to reduce the frequency of frame-rate and resolution penalties in demanding spots.

The Xbox One S’ high dynamic range (HDR) also helps with some visuals improvements like surface detail on metal and armour, thanks to the wider colour range.

Microsoft did not mention the One S having more power, even if it’s not a huge increase in the grand scheme of things. It is, however, an interesting fact consumers should be aware of.

This is good for everyone, Hopefully this means that games will get better on every platform Xbox, PC etc :)

My Xbox one has just died so this is good timing.

"E3 2016: XBOX ONE S IS MORE POWERFUL THAN THE REGULAR XBOX ONE" - Most obvious thread title ever.

yep I would have to agree with that :)

Looks beautiful and so much sleeker than the original Xbox One but I don't see the point of this since the Scorpio is just over the horizon.

Hmm interesting. They haven't really done somthing like this before.

you're talking a few years still. I think scropio well be worth upgrading, not to sure about the s but if I can sell my one for the right price I'll upgrade for sure.